One of the biggest attractions in Spain aren’t just the beaches and evening bars, but it’s their churches. Spanish churches are major tourist hotspots, not only because of their religious bearing, but because of their architecture. You can be sure that, throughout Spain’s long history, the Christian faith and celebrations, like Los Reyes Magos, and their churches are featured massively. And because of this, they paid particular attention to how they built them. So, not only are the architectural marvels, they’re also revered as holy sites. And if you want to bask in these Spanish churches and experience the deep roots of their culture, check out these top 5 Spanish churches, when you visit Spain.

Nestled in the centre of Barcelona, with its giant and imposing spires, La Sagrada Familia is one of the most iconic churches in all of Spain, and is heralded as a UNESCO World Heritage Site. It is the longest running construction site in the world, with the first stone ever laid 140 years ago! It’s almost complete, and is on track to finishing in 2026, with all of its intricate statues, bas reliefs, and painted frescos finally revealed in all its glory.

First designed and built by Antonio Gaudi, the church was initially meant to be a “church for the poor”, with charitable donations as it’s only source of funds. La Sagrada Familia is still in use today, despite the constant construction works, and is a testament to Antonio Gaudi’s dedication to helping the poor and those in need.

If you’re looking for intricate beauty, then look no further than the Burgos Cathedral in Castile-Leon. With its myriad of gorgeous stained glass windows, artworks, statues, tombs and stonework, the Burgos Cathedral is one of Spains testaments to their French neighbour’s gothic architectural style. It’s tall and sweeping spires are like beacons for Christian pilgrims, both when the movement was in high demand, and now, as they travel from the Pyrenees down to Santiago de Compostela, in Galicia.

The Burgos Cathedral began construction in the year 1221, with bishop Mauricio leading the project. In fact, he had studied in Paris, and was the one who brought French architects and designers, to help design the colossal building. And similarly to La Sagrada Familia, it took more than 200 years, to complete the structure, and was fully completed in 1567. Not only that, but the church also houses the final resting place of one of the most iconic figures in all of Spains history, the 11th Century soldier and military leader, Rodrigo Díaz de Vivar, who is widely know as El Cid, and his wife Doña Jimena.

One of the most iconic Spanish churches in the northwestern regions of Spain is the great Santiago De Compostela. Claimed to house the body of one of the twelve apostles, namely St James, the Cathedral of Santiago De Compostela remains, to this day, a holy pilgrim site. Thousands flock to Santiago De Compostela as a sign of respect, to the Saint, and even claim a “Compostela”, or a small prayer card, for themselves. Of course, the legend behind the cathedral isn’t the only thing pilgrims are there for. The cathedral itself is a mixture of medieval and Romanesque architectural styles too.

Its original structure was said to have been made in the 9th Century AD, but was destroyed soon after in 997 AD, by the Moors. It was then later restored in the 11th Century and remodelled in the 18th Century, which preserved its earlier interior designs. So, if you’re ever in the area, check out the crypt of St James, and walk its path through The Holy Door, where you can hug the image of St James, as you visit his final resting place. Although, you should remember that The Holy Door is only open on Holy Years, when the date of his feast day (25th July) coincides with a Sunday.

How many churches have claimed to house the Holy Grail? Well, look no further than the Cathedral of Valencia. Another piece of beautiful gothic architecture, the Cathedral of Valencia is one of the most iconic cathedrals in all of Spain. Not only that, but it houses a vast array of architectural styles, from the Romanesque period, to the Gothic period and even the Baroque period, with different entrances that are dedicated to each style.

It was first constructed in the mid-13th Century, over a previously demolished mosque. Not only that, but the building features grand and imposing arches, and a 17th Century domed basilica, in which many paintings from legendary master Francisco Goya. You’ll also find that the cathedral connects two plazas in the old town, the Plaza de Virgen and the Plaza de Reina. So, stroll through the busy streets of Valencia and find refuge in the cool and quiet space of its cathedral.

5. Spanish Churches For The Royal: The Royal Chapel Granada

If you’ve read up on your Spanish history, then you should know about Isabella I of Castile and Ferdinand II of Aragon. It is this royal power couple that united all of Spain through their reclamation of Granada against the Nasrid Dynasty, the last of the Muslim conquerors of Spain. And it is in the Royal Chapel in Granada, where their final resting places lie. In fact, their burial places are marked by monuments dedicated to them, in the chapel, which were designed by the Italian sculptor Dominico Fancelli.

Experience both the history of Spain and its religion with the Royal Chapel of Granada. It is one of the best Spanish churches to go to, for it. And, it’s not just about the monarchs that have found their eternal resting places here that makes the Royal Chapel so attractive. The murals, architectural designs and paintings makes it one of the most beautiful churches in Spain. So, if you’re in Granada, check out one of the most respected Spanish churches in the world.

PrevPreviousLa Tomatina – A Festival You’ll Definitely Enjoy!
NextHow to study in Europe for free (or almost for free) [2022]Next 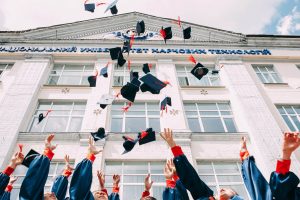 Are you planning to study at university and nervously eyeing course fees you will pay off long into your future career? Then you might be